London has been hit by terrorists again, with all the hallmarks of those inspired by the Islamic jihadists of Daesh. The details are gradually becoming clearer now but it seems prudent to withhold comment until we know quite certainly the full nature of the attacks. Of course for now we pray: for the seven dead and commend them to Christ’s mercy; for the injured and commend them to the Spirit of Consolation; for those who mourn or who are afrighted and commend them to the Father’s paternal care.

So as we worship this Pentecost day we might remember the victims, pray also for the conversion of terrorists, and offer ourselves to the Father with Christ in solidarity with the persecuted Church in Egypt, Syria, Iraq, and in parts of Africa and Asia.

But this is not what the title of the blog post refers to. If I may, a brief pause from the worries of terror.

In yesterday’s post, one of the items covered was a two-volume set of choir breviaries. A reader, papamac71, spotted what I had not:

Yes, there is a typo in the spine lettering on volume I: Monasticum has become Monatsicum. Looking again at the volumes I decided to act on the fact that they were not an original pairing. Volume I, or Pars Prima, has coloured endpapers and a double inscription: Fr Bruno Teeley OSB, a long-dead Douai monk, which has been crossed and supplanted by a new inscription, that of Fr Matthew Hulley OSB, who died in 2011 and had been prior for many years at Douai. Most likely he picked up this set from the spolia after Fr Bruno’s death.

I soon tracked down the proper counterpart Volume II, or Pars Altera. The same inscriptions and embossing appeared: 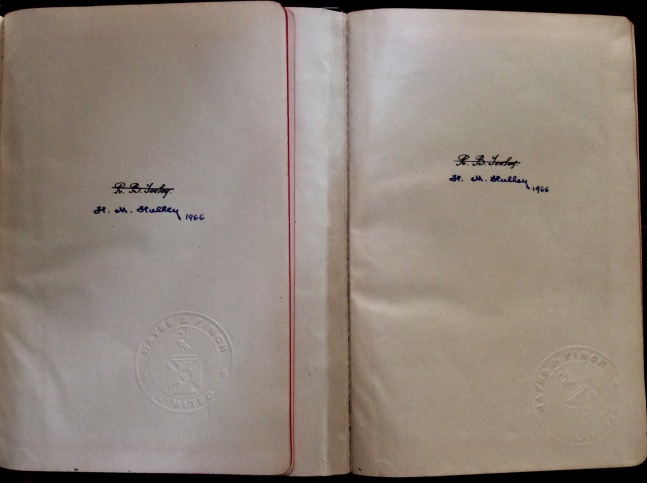 And then behold the spine: the mistake was replicated. Both volumes have the typo. 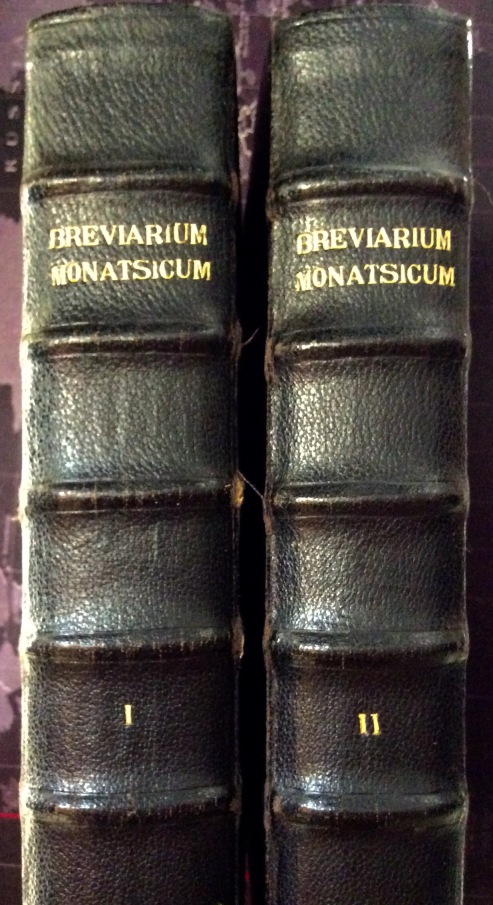 Either the bookbinder was dyslexic (not impossible) or he had been a little too generous with the gin. Either way, it makes for an even more charming set of choir breviaries.

Thanks for the eagle eye, papamac71.

One thought on “O happy fault!”